Even the Final Frontier Isn’t Safe… 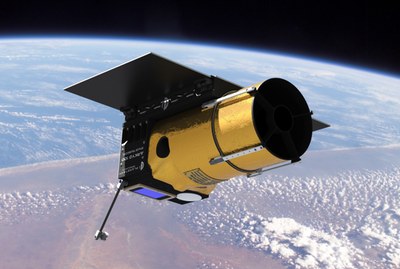 Trade secrets and theft of intellectual property in the professional world is a something to be taken very seriously as it can determine the success or failure of a business. This remains true even in outer space as many companies are trying to create spacecrafts that allow for asteroid mining.

Recently Planetary Resources Inc. announced the successful launch of its Arkyd 3 Reflight (A3R), an asteroid-analyzing telescope model. According to the company’s press release, after reaching the International Space Station, A3R will be deployed from the Japanese Kibo module in July of this year. The deployment will field-test the various subsystems of the telescope.

Asteroid prospecting is the main idea behind the Arkyd telescopes. The use of spectrographic image analysis will help pinpoint the most profitable celestial chunks of minerals and volatiles for further exploration and eventual resource extraction.

Similarly to seismic1,2 and geological survey data,3 the spectrographic data collected from asteroids via A3R telescopes consists of both intellectual property and trade secrets. A trade secret is defined as “a formula, practice, process, design, instrument, pattern, commercial method, or compilation of information which is not generally known or reasonably ascertainable by others, and by which a business can obtain an economic advantage over competitors, who don’t know how to use it or customers.”4

In the upcoming era of licensed space miners, such “compilation of information” will be of great value, since the ore deposits are beyond any country’s jurisdiction.

Since a legal principles regarding space resource claims5 has you to be developed, the question remains whether a future licensee would be required to provide a comprehensive survey date of the celestial body as part of its licensing application to the licensing authority.

What Does An AV Rating Mean?
An AV® Rating, signifies that the lawyer has reached the heights of professional excellence. He or she has usually practiced law for a number of years, and is recognized for the highest levels of skill and integrity.